Do you mean physically, the location of the button on the screen? If you just drag the components around, you should be able to get them configured however you want. Sometimes it takes some “wiggling” lol. E.g., I can either arrange graph, table and button like so: 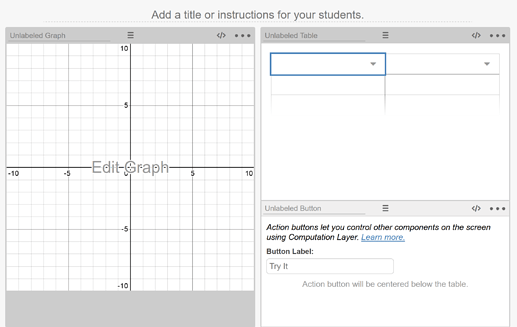 giving me this result: 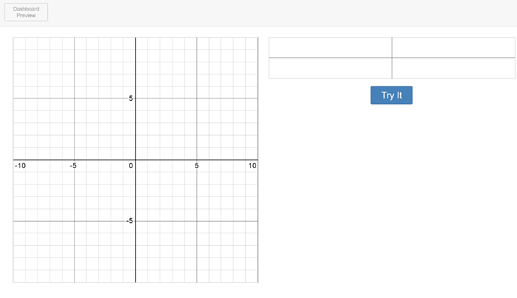 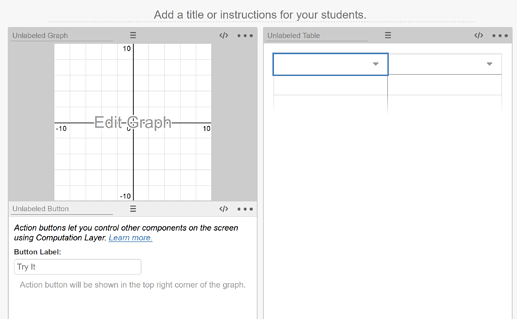 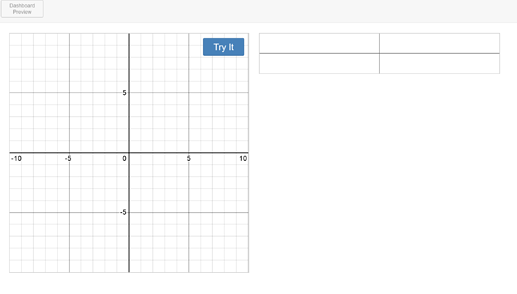 If a component does not “go” where you intended, you may just have to drag it to convince it to get in its proper place.

I’m not sure if I’ve understood the issue correctly… if not, maybe you could link to the activity?

Yes, it is physically forcing itself on my graph. I have multiple buttons on the page controlling feedback for my students but only after they have answered the question. One of the buttons always attaches itself to the graph and I want it controlling the feedback in the tables. The Graph is a readOnly: true. I finally gave up and replaced the graph with an media component image and was able to move the button where I wanted it.

If you’re able to make a version of the activity that had the stuck button and share it, we’d appreciate it. Even posting it in the “bug report” category would be great!

I tried adding a bunch of tables and buttons with a graph, and never had a problem getting the button to not go to the graph (up to 5 tables + buttons), as long as all the tables + buttons were in the other column. (Screen 1)

Then I tried to add a table & button to the SAME column where the graph lived, no dice. Button sticks to the graph! I tried adding in an empty “note” between the 2, but the button still wants to be on the graph.

Then I thought I could outsmart the button.

So I added table + button to left column and then added the graph AFTER and BELOW. Button stays with table!

Now that I’ve showed that button whose boss, I thought maybe I could MOVE the graph to the top of the column, above the table. DAMN that pesky button, if it doesn’t jump up to the graph!

Also, I seem to be Des-crastinating today…

graph and tables and buttons oh my • Activity Builder by Desmos

Here is the activity.


I’ll also put it in the bug report. I don’t think it is a bug, I think it is just an issue with teachers’ ability to move components around. If there is a button in a column with a graph, it automatically gets grabbed by the graph.

I loved SqrtOfPi commentary on her battle, but wondered if Jay was able to fix Richard’s original problem?

A side question would be if I was okay that the button is attached to the graph, can you put some CL in to mover WHERE the button is in the graph? The ghosted text tell me the action button will be shown in the top-right corner of the graph, but I’d like the button at the bottom right…

Re: detaching a button from a graph
You can put a blank note above the graph and the button will get pushed below the graph, and the note doesn’t take up any real estate (except in editing mode).

Thanks Daniel. That works swimmingly!

If you did want it attached, can you change the position of the button on the graph using CL? (Looks like default is top right)

Thanks for the replies to my question. I really do appreciate it. By the way, I have been playing around with making all of my exams have randomly generated numbers for given problems so that no 2 students have the same test in the class. It is pretty cool when students can’t just copy each other’s answers and the test still self grades.

There is no way to adjust the layout using CL, but depending on what you need the button to do, you might be able to use the new Actions feature and import an image to use as a button.

My concern was that the button will cover up interesting parts of my graph. I solved that issue by either changing my window values or better yet I added this CL code to my button:
resetLabel: " "
which essentially made the button disappear after it had been pushed.