Function in Graph evaluated in table?

I have f(x) defined in the graph.
I want students to type x-values in table column1. Then I want the table to automatically evaluate the y-values into column2.
And then I plan to graph the points from the table.

How does this look? I only made two adjustments - the number lists were included to show the points and then I got the simple function variable to work.

(sigh, SMH, LOL) When you’ve tried so many variations that you don’t know why your tries weren’t working. (But very thankful!)

Questions: (all similar with different wording/variations)

I noticed the animation on the movable point lags, so I’m sure there is a better way to do this, but here’s my attempt.

Regarding animation: even when f is defined in graph (separately from the simplefunction in table); I notice that the points from the table have a delay.
Thank you for sharing again, as I’m still trying to learn how everything communicates!

I also learned something VERY important: (BUG?)
put () around your b!
If b is negative, my table was giving incorrect values!?!? 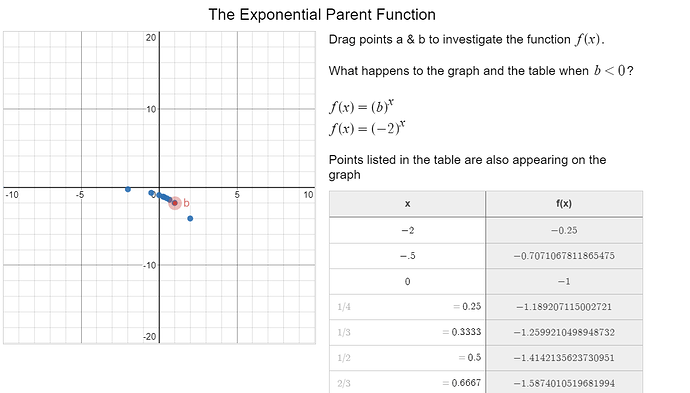 But when I place () around the b, I got the correct results: 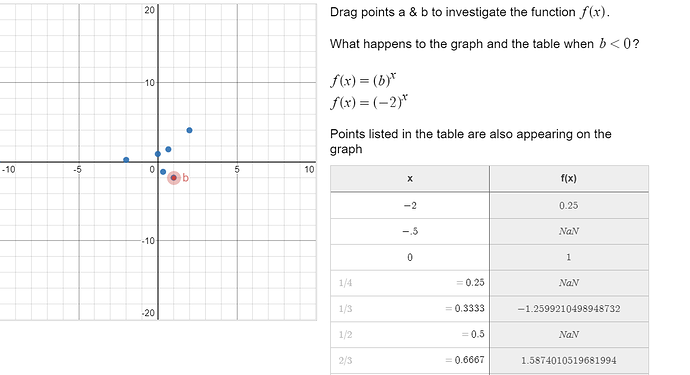 When you interpolate the number as a string into the function it will read as is. So an input of -2 will read the function as -2^x rather than b^x evaluated at -2 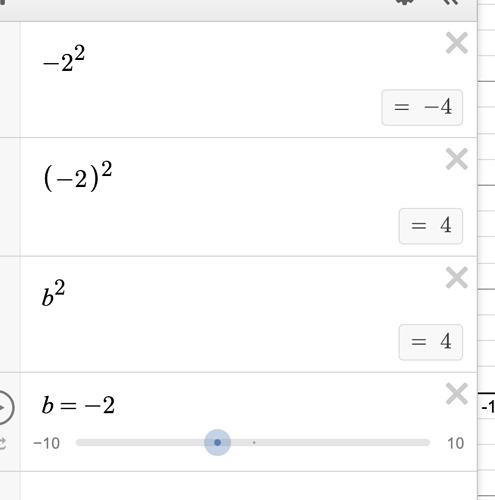