Combine graph slides into one slide

I would like for an activity to let a student build a graph slowly, one slide at a time, and have them see the combined results at the end. Not too unlike Jay’s face activity, only students are putting in equations of graphs instead of sketches. What CL code do I need to make this happen?

Do you know how to make an input display on a graph (with simpleFunction and/or parseEquation)? If you know how to do that, you simply need to reference functions from earlier slides.

In the graph CL:

In the actual graph:

For later slides use the same code but add on the new functions:

The input is going directly on graphing calculator lines on the (activity screen). Students are not entering equations into tables or input boxes.

You can use the following, but they won’t see any of the equations in the graph.

What would it look like if I have several graphs merging together? I have only used this to pull one graph on to a new slide.

There’s a merge for sketches, but I don’t see one for graphs. You might not need it.

I would like graph1 and graph2 and graph3 from one students to blend together like Jay’s Face took eyes on one sketch together with noise on the next sketch and mouth from the last. I need student’s to enter their own equation on calculator.

The task is actually a 3-D cross sections in Calculus and I need the structure of the graphing calculator to provide them with the 3-D features. So when you say “you might not need it” did you mean “it might not be available”?

I meant maybe the calculatorStates might stack, but they don’t and there’s no merge. So, not sure how to solve your issue. What 3D features do you mean?

This is what I would do for the first slide.

For Slide 2, do you want them to be able to change their previous functions? If so, I’d change the initial latex to:

This way it shows they’re last entry from the prior slide. If you want the functions in the graph to update as well, change the graph CL to the current slide’s inputs.

If it’s the different cross-sections you want to display, you probably need them all in one graph, but conditionally display based on some variable. You wouldn’t need calculatorState in that case.

I do not want them to change previous function, when they move on to slide #2. I need to offer them a new 3-D layout such as Cross Sections - Equilateral Triangles

where they continue filing in their picture. I thought giving them access to calculator page would be more flexible for changing the slider to increase the number of cross sections, or adjust domain/range.

How would I get all of the different cross sections into a single calculator slide? I think it’s too involved, maybe, to do it?

How would I be able to conditionally display the cross-sections based on a variable?

It would be pretty involved to combine because you’d have to copy line by line, but here’s adding a restriction, {d=1} to display the cross sections. 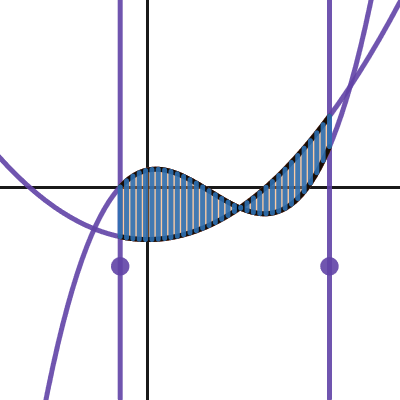 Yeah, combining them would be too much work since we are allowing students to have a large variety of cross sections (at least as many as Suzanne has made). I don’t understand how to do the variable part. Can you add it to the activity you already set up so I can see how it would work? We may need to rethink our idea if the graph’s can be blended into a final view.

Thank you. I will take a look at how to use.

No chance on a merge graph feature then right?

There’s no merge for CL. Don’t know if there’s a workaround. @Jay?