Going out on a limb here… is there a way for the built-in calculator in the table/expression component to use degrees instead of radians when evaluating?

Also, you need a graph exhibit somewhere in the activity to make it work. You can hide it behind any display.

Also, how do you hide a graph behind a display?

Did you ever figure this out?

Thanks for this. Very slick! It wasn’t central to my activity, but it is convenient to have students be able to perform calculations in the same window without using a handheld calculator or separate window.

I won’t be able to use it until next year because I have already taught vectors, but it is a virtual force table! 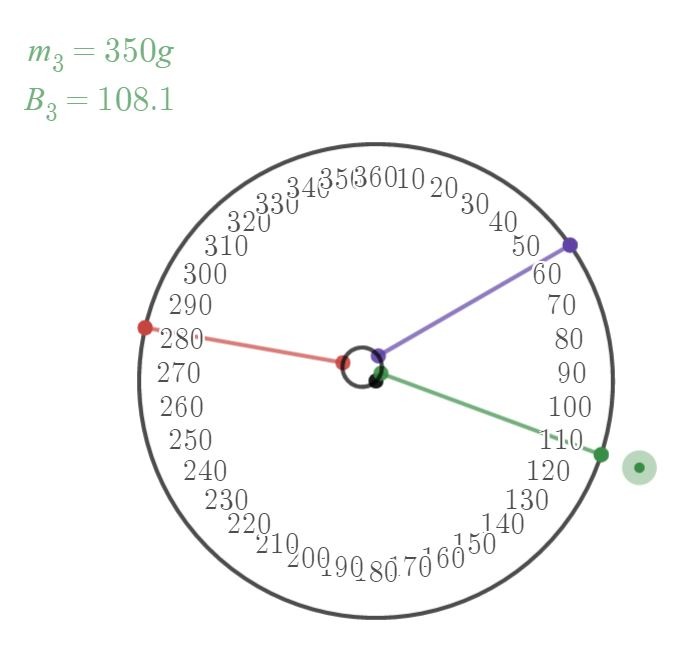 Yes. There is code both in the graph component and the input component.

There is a constant function in the graph itself named “A”. Since the graph layer can be toggled to use degrees or radians this is what is changing it over to use degrees.

The code in the graph component is defining a function based on what is in the expression input. The input code is adding a suffix onto what is typed which points to the evaluation of the constant function.

If you aren’t familiar with CL then what I just said might seem a bit nonsensical, but I thought I would try to clarify Jay’s work.

I have a programming background (but have not done any coding beyond programming a TI84 for years) so this sort of makes sense even though I have never explplred the CL aspects of Desmos. So if I copy Jay’s slide into my file, this should work? Also, how do I make it so that the students do not see this graph slide with the codes in it?

Students cannot see the computation layer. They will see what you saw – a blank graph and an expression input box that now works in degrees instead of radians. If you wanted to hide the graph itself. I usually just go into the graph and hide all the gridlines.

I am not sure what your needs are for whatever activity you are creating. It could be possible to avoid using the computation layer altogether depending on your needs. For example, include just a graph component and change the settings with the wrench icon. Then anything you want to be on the graph layer you can put into a folder and hide it from students’ view.

Thanks. This seems like a lot of work in order to have the value be in degrees. I have an input box where students are entering, as an example, 4 cos(50) in order to solve for an adjacent side. Obviously, the 50 is
in degrees. But the answer is in radians. I wish there was a way to toggle between radians and degrees for the input box, not just on the graph. I was successful in creating a slide using the tips that you gave, but it was a bit tedious and I have several
slides I want to create. It is a useful workaround, but I wish there didn’t need to be a workaround.

Thanks for your help

Very nice. Looking forward to using this in class.

It says it cannot be copied because it has a deprecated feature. Do you have an updated version? or an example of the computation layer for each relevant object. I am able to preview it and it works great.

It should be fixed now:

The deprecated feature was rawExpression to create a makeshift degrees calculator in the table… but now Desmos has a built-in scientific.