I was planning to ask students to determine the rate of change from a table by asking them to drag squares that contain numbers, like in the activity below.

Rate of Change from a Table • Activity Builder by Desmos

Then, i realized, i would need a lot of copies of those numbers.

So I was wondering, is there a way for the students to directly input a number into those square beside the table?

If there isn’t a way to do that, any suggestion on how to achieve my initial purpose?

You can make many copies of an image by using a table and making the second column draggable. Then set the coordinates of the image center to the table lists. It basically makes a finite cloner. Here’s an example. Note I also offset the points by adding a vector. 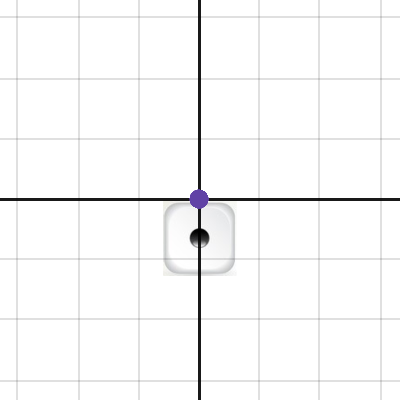 So as a follow up, there is no way a student can type in their answer in the squares?

You can’t type anything directly into a graph, unless you made it a full screen graph, but they’d have to understand how to change the label in the expression list. No easy way.