I’m wondering how to implement some form of feedback from the student to the teacher. An analog method I know of (credit Dylan Wiliam)— each student has three nested cups on their desk (red, yellow, green). The student shows the red cup when the lesson is going too fast, or they are confused. Green is that they are good. In distance learning via Zoom, my students made good use of the faster and slower buttons. I’m thinking something like this in AB would be good. One thought on implementation would be to have a single slide somewhere in the lesson, the students could move to that and click a button to indicate they are confused. (I think being anonymous from the class, but where the teacher knows who it is, would be a huge asset here.) A warning would then show in the dashboard. I’m wondering what other ideas people have.

I made something like this. It’s sort of a catch-all place to comment on the activity both during and after. If the activity is really long and broken into parts, I’ll put several copies of the slide in as check-ins. 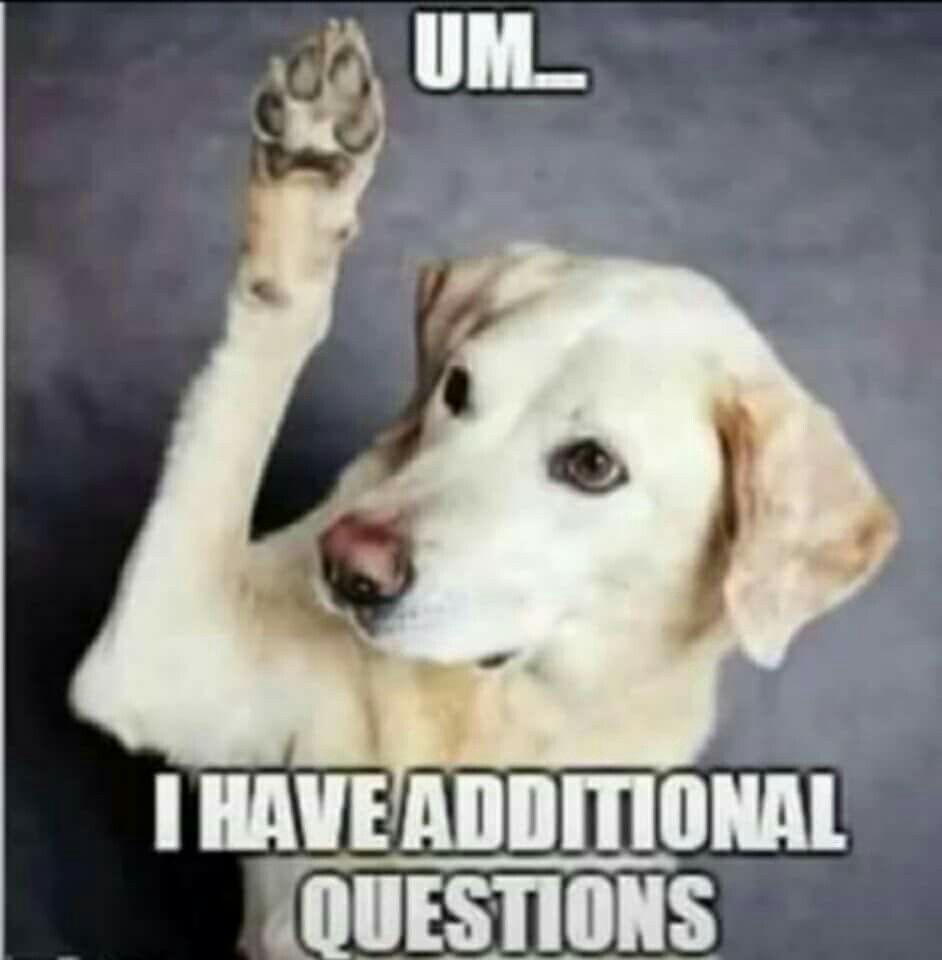 It doesn’t show a warning, but rather uses the correctness check to put an X on the dashboard if the response is A or B (struggling and have some questions) and a dot for the C and D (no questions, or at least not urgent ones). I like the idea of adding a warning to the dashboard to indicate level of urgency for red light questions.

I have slides set up for both group and individual activities, since I also use Desmos for science labs.

I was contemplating mixing it up with different images, but then I thought it’s useful for students to know to look for the dog asking a question if they’re stuck.

I’m currently modifying the activity to include the warning symbol, but in doing so I’ve just learned something about dashboard and correctness and dots: the warning symbol and X won’t show up on the dashboard until the student has moved to a different slide; otherwise it stays a dot. I’ve been using this slide for mostly asynchronous activities up to now, so I’ve never really noticed it.

This wouldn’t be a problem, except that because I’m using the “explain your thinking” box as a comment box and there is no way to set that to read only, you don’t get a check mark for C and D but rather a dot. This means you won’t be able to tell who needs help if they don’t leave the screen. (And we all know that no matter how many instructions we give to go back to the slide where they got stuck, some students will just stay on the “Help me!” slide, right?)

Anyway, this is turning into an essay. Long story only very slightly shorter: I’m playing with some ways to sort that out. I hope.